The Ethereum Merge isn’t the solution the crypto world needs 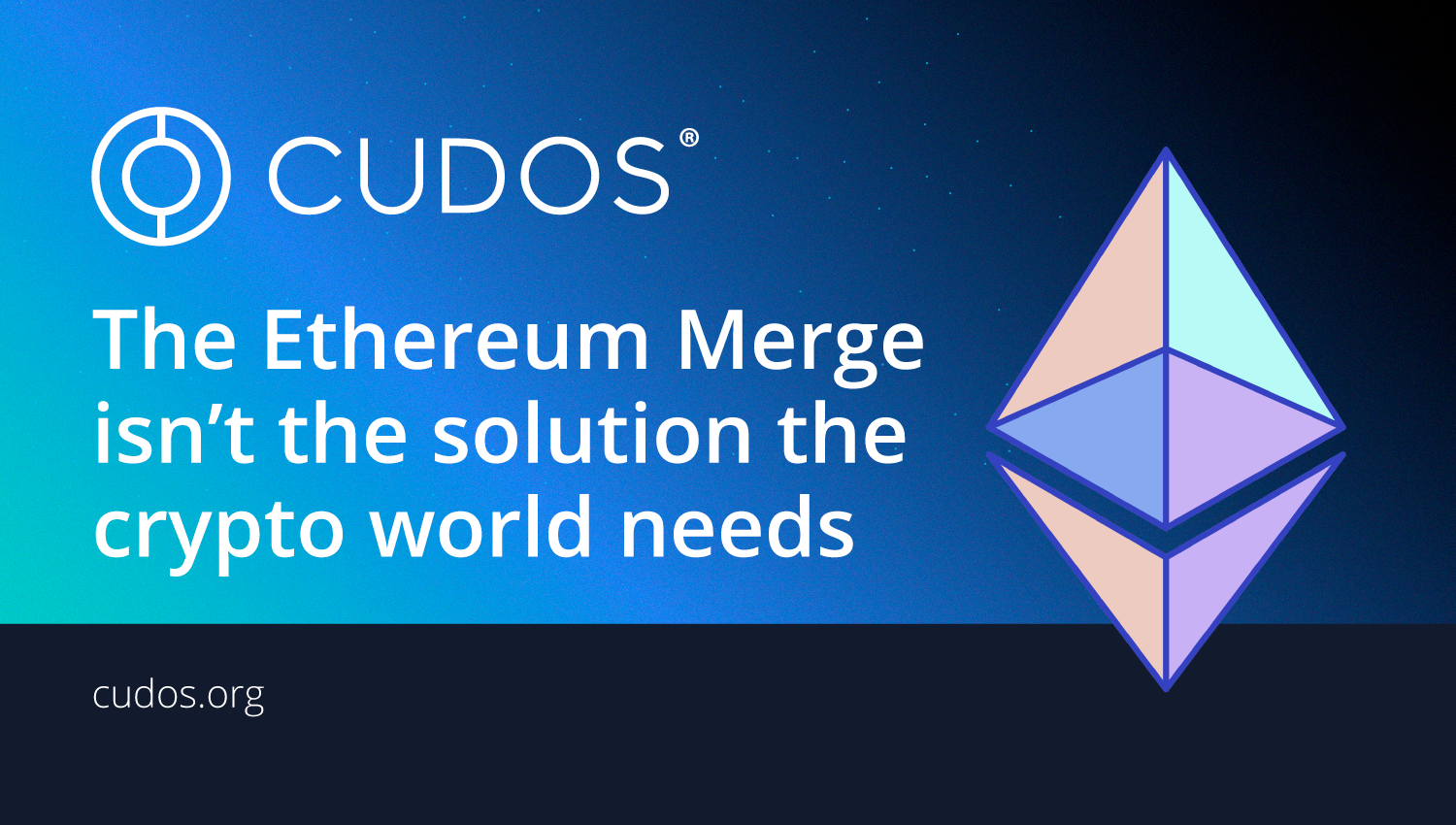 It’s finally here: the “most significant upgrade in the history of Ethereum,” according to the Ethereum Foundation.

And they’re not alone in highlighting the importance of the upcoming Ethereum Merge, which will shift the chain to a proof-of-stake (PoS) consensus mechanism. According to The New York Times, it’s “one of the most eagerly anticipated events in crypto’s history”. Even Google has joined in the excitement, building a Merge countdown into its search engine.

But why is the Merge so significant? On the one hand, it’s been a long time coming. The prospect of moving Ethereum to PoS was first raised in 2014, and the upgrade was initially slated for 2016. After repeated delays, some critics argued it would never happen. Now the date is finally here, and expectations are understandably high.

There is a widespread belief that the Merge will transform the crypto world and accelerate mainstream adoption. But is the Merge the game-changing moment that many are hoping for?

The influence of Ethereum cannot be overstated. Its incorporation of smart contracts marked the next significant evolution of the crypto space following Bitcoin’s launch in 2009. Without Ethereum, we would not have NFTs, DeFi, DAOs, or the vision of a decentralised metaverse.

But Ethereum has not been without its detractors. While Bitcoin has long been criticised for its excessive energy consumption, the 2021 NFT boom brought similar scrutiny to Ethereum. And as concerns about the climate crisis grew, this became the focal point for significant backlash:

At the heart of the enthusiasm over the Merge is the expectation that it will solve this major barrier to crypto’s wider acceptance. By adopting a PoS consensus mechanism, Ethereum’s energy consumption will reduce by 99.95%, according to the Ethereum Foundation’s estimates. Understandably, this has formed the focus of most mainstream interest in the Merge.

No doubt, the Merge will offer Ethereum a major boost. By answering these widespread critiques, the blockchain will be on a more stable footing – at least regarding its energy usage.

But there remain several significant issues that the Merge will not solve. Far from being a panacea for all Ethereum’s limitations, it leaves many challenges unsolved.

While Ethereum’s sustainability issues have been the focus of mainstream criticisms, the chain faces several other problems, all of which have been exacerbated by the massive growth in users over the past two years.

Despite some initial reports to the contrary, none of these challenges will be solved by the Merge. Ethereum themselves stressed that both transaction speeds and gas fees would likely be unaffected. Instead, they are focused on future developments – such as “sharding” – that will potentially improve these issues, though it is difficult to say when they will be implemented.

As a result, the Merge is not solving some of the core barriers to crypto’s mainstream adoption. If Ethereum continues to be slow, expensive, and heavily siloed, the promise of a fully decentralised and interoperable future for the web will have to wait.

How Cudos is building the future of Web3

Since its mainnet launch in June, the Cudos network has been offering a scalable, efficient, and interoperable alternative to Ethereum. With significantly higher throughput and lower gas fees, Cudos is the ideal choice for developers of DApps and DeFi platforms.

Cudos is also a highly interoperable network, designed from the ground up to maximise connections with other chains. As part of the Cosmos ecosystem, Cudos supports the Inter-Blockchain Computation (IBC) protocol, enabling simple and efficient asset transfers to and from other Cosmos chains and enabling developers to build cross-chain applications.

But this is just the first step. We are committed to a long-term vision for a decentralised web, and this means thinking beyond the immediate issues and building for the future. That’s why we’re developing a revolutionary decentralised cloud computing platform to power Web3.

Support our vision of a sustainable and connected world

If you want to support our project of powering Web3, you can: