Why decentralised compute is Web3’s next frontier 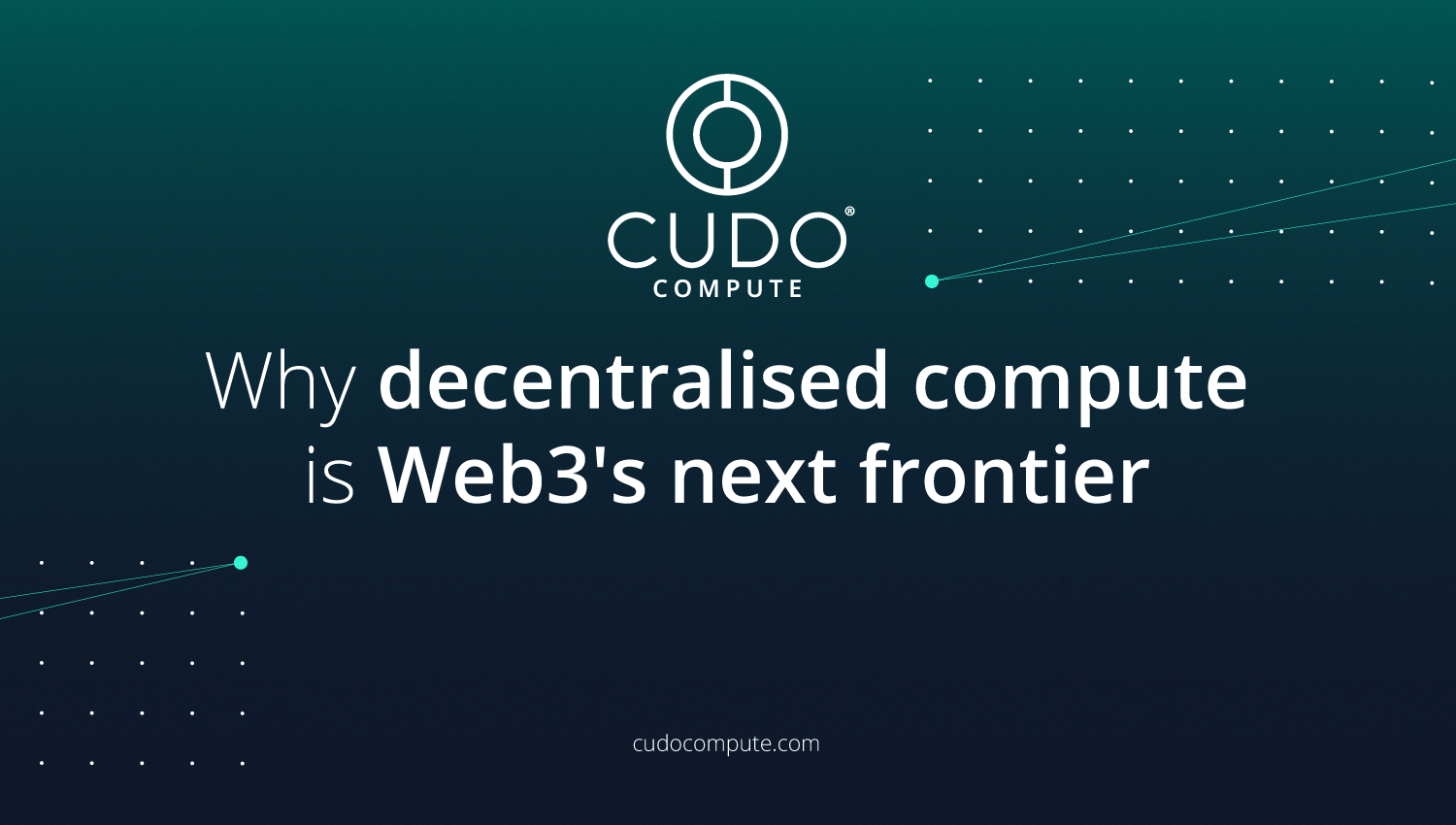 Can we truly call it a decentralised web if it runs on hyper-centralised infrastructure? The Web3 train took some battering last week after Moxie Marlinspike’s exposé on the shoddy security infrastructure around NFTs went viral. That piece prompted heated debates around digital ownership and security, including this less-than-convincing retort from Vitalik Buterin, which essentially amounted to, “we don’t quite have enough money yet”. With the continuing fallout from that conversation, it is evident that moving beyond hype and speculation requires rethinking current infrastructure models in the blockchain industry. To provide some context, let us briefly discuss previous web iterations and why this represents a critical challenge for the future of Web3.

Web1, otherwise known as the World Wide Web, was envisioned as an information ecosystem where everyone was a creator and consumer of content and infrastructure. Everybody owned servers and interacted with other servers via internet protocols. This proved both unsustainable and redundant in the long run due to the cost of hosting and maintaining hardware. Corporations that emerged dedicated to deploying infrastructure enabled unprecedented scaling (Web2). Inevitably, these companies (Amazon, Google, Microsoft) and the early adopters who built applications on centralised infrastructures (Facebook, Twitter etc.) achieved phenomenal success.

Despite these successes, centralising infrastructure (storage and compute capacities) has resulted in many issues, ranging from privacy concerns and single point of failure threats to environmental devastation and monopolistic corporate activities. Against this backdrop, Web3, often known as the decentralised web, has emerged with the goal of more equally and sustainably dispersing the internet’s resources and profits. However, some old and new difficulties have surfaced in this evolving environment, which we will discuss in this article.

It turns out that while we were obsessed with proving digital ownership of NFTs, we somehow missed how to prevent their disappearance due to a mere broken link. Blockchains store transaction information and protect them from tampering, but larger data types like bored apes and yawning cats are typically stored off-chain with only an on-chain link to the data. Subsequent investigations have revealed that off-chain storage often relies on centralised cloud services that provide the infrastructure support for NFT metadata. More disturbingly, perhaps, most Web3 application front-ends continue to rely on AWS, Azure, and Google for cloud support.

Who owns the asset?

The issue of building “decentralised apps” on centralised infrastructure inevitably raises near-philosophical questions on the nature of ownership as digital assets continue to be exposed to off-chain security architectures. Indeed, in many ways, this reliance has imported Web2’s privacy and single point of failure threats into Web3. For example, one massive accident to an AWS data centre could potentially lead to many crypto holders being unable to access their assets, and such incidents are hardly far-fetched. We catalogued the most damaging incidents last year due to cloud centralisation.

We must decentralise the web’s infrastructure

It is a no-brainer that decentralised applications should run on decentralised infrastructure. Besides the goal of limiting corporate and political control of data and reducing environmental waste caused by the excessive building of hardware, perhaps the most compelling argument for decentralising computation and storage is that we can redistribute the profits associated with hosting and deploying infrastructure. This is Web3’s next major frontier.

Imagine a future where Amazon and Google’s multibillion dollars cloud infrastructure is distributed among millions of people across the globe who lend spare hardware, earn for this service, and safeguard the environment simultaneously. Projects like our Cudo Compute identified this potential from the outset. You can view our journey from Testnet to Mainnet here. We believe it is insufficient to build exciting applications with world-changing potential if we do not build them using distributed computing and truly decentralise the internet.

Early adopters in Web2 like Facebook and Twitter users were excluded from the successes of those projects due to the stringent capital and legal barriers to entry. However, for all its current faults, the underpinning ideal of Web3 is eradicating barriers to entry. You can support our initiatives by partnering with us. Our ecosystem continues to grow at an astonishing pace, and whether your interest is in buying or selling compute, you are welcome to work with us.

If you are a developer or want to be a validator you can also get involved right away by following the links below: