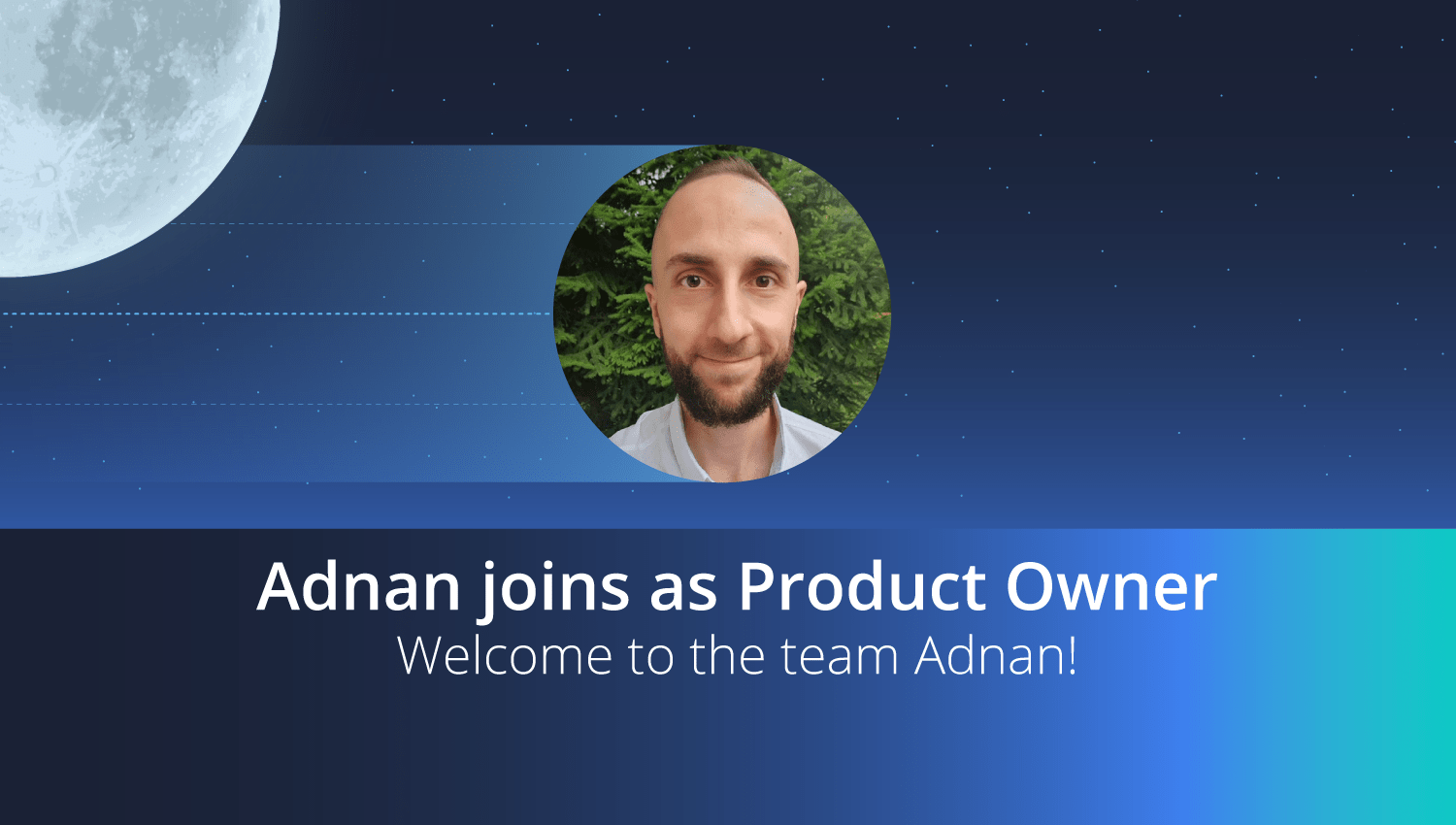 After months of collaboration, one of our brand ambassadors, Adnan, was inspired to make the leap and join us as a full-time product owner. This is his story in his own words.

I don’t remember how I bumped into Cudos, but I do know that it was love at first sight. The value proposition of the token, decentralised cloud computing, Cudo mining software, putting idle hardware to good use with an option to donate whatever is earned, partnerships with the likes of AMD, Sapphire and others, it all sounded fantastic. As I was interested in blockchain and cloud computing and was mining crypto myself, and had written my graduation thesis on the same topic, I was immediately hooked.

One thing I didn’t particularly like, though, was the tokenomics. It felt like the inflation was too much for early investors. At that time, the debate was ongoing in the Cudos Telegram group, and I was one of the loudest voices against it, though mostly because I previously overinvested. Interestingly, almost at the culmination of the debate, Cudos announced that they are hiring ambassadors and moderators for the group and I applied thinking there’s no way they would let me in after bashing tokenomics like that. But they did, which was a big surprise!

That’s when I realised that Cudos is genuinely a great company, as they listen to constructive criticism, appreciate honesty and don’t take things personally. That is what selflessness reflects, hence all the donations as well. I was happy to become a part of such a team!

Over the coming months, I’ve seen the Cudos team and Telegram group grow. Even though there were some roadmap delays and a few other slips along the way, there was persistence and strong will to move things forward – and that’s the key. That, plus knowing how success mostly comes after (many) mistakes from which we usually learn best.

Meanwhile, I worked as a product owner for the last year and a half as my full-time job. Before that, I was a software developer for about five years. I felt much more aligned with the new role, probably because I preferred communication over typing code. Then one day, I decided to look for a remote work option for my full-time job on LinkedIn and on that very same day, I saw an ad that Cudo is looking for a blockchain product owner. It was a gift from above and a sign for me to go ahead with it, so I applied right away.

To cut it short, after three interviews and a few more calls to align expectations, I received an offer! It obviously helped that I was an ambassador already and had relevant experience with a good amount of what Cudo and Cudos are all about. Prayers, among other things, also did their thing. 😄 I was super happy and thankful, and it’s definitely the culmination of my career so far.

While I’m at it, I aspire to learn more and more about the specifics of the project (a lot to go through there) to help it grow and succeed. Additionally, I’ll be working with our dev team from the get-go, helping move things forward with the testnet phases and moving towards the mainnet launch. I’m currently going through some documentation, meeting the team, and reviewing some of the recordings of earlier dev meetings to understand the current situation.

There’s so much to learn in this space, but it’s what makes it even more exciting. I’m super grateful to be in a great team around Cudos in these exciting times and look forward to making an impact! Finally, I appreciate you taking the time to read my story.

P.S. If you’ve already bought your CUDOS tokens, you can make the most of them by staking them on our platform and, in return, receiving rewards.