💥 Facebook’s crash and the dark side of centralisation 🕸️ 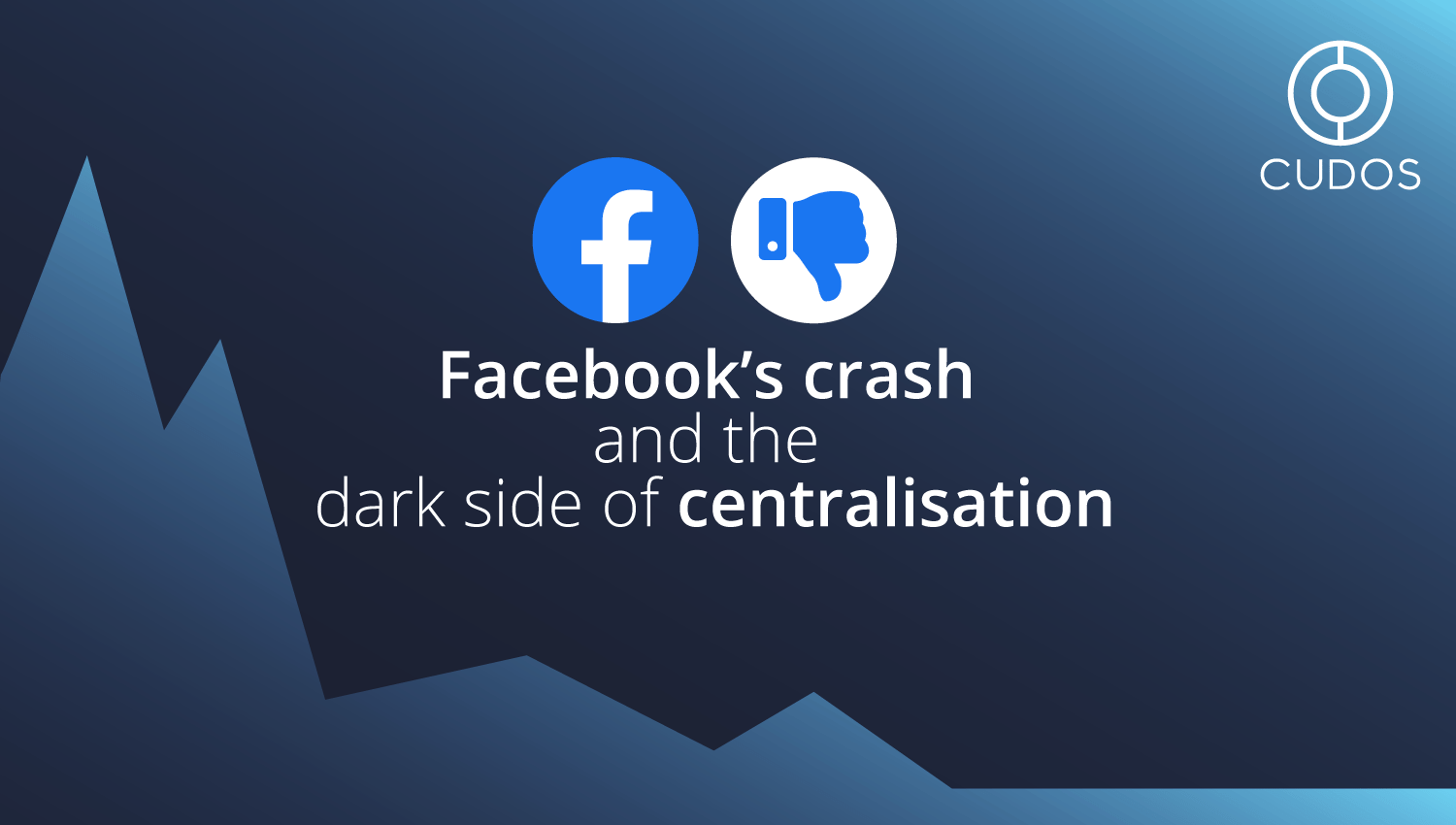 The recent Facebook crash was an inconvenience for some, a disaster for others, and a wake-up call for a minority. It exposed the dark side of the current technological landscape with its centralised structure and exposed its significant social, emotional, and financial ramifications.

On Monday, 4 October 2021, Facebook threw the world into chaos with a global outage lasting nearly six hours. The social media giant and its associated services (Messenger, Instagram, and WhatsApp) crashed, leaving billions of people without their primary means of communication.

This outage is not an exception or an isolated occurrence. We could count no less than five similar major outages disrupting Google, The UK Government, leading banks (HSBC, Barclays, TSB, Bank of Scotland), influential media outlets (Amazon, Spotify, Reddit, The Guardian, Independent), and essential service providers (Tesco, Sainsbury’s, Airbnb) in the past three years.

Few people discuss that after the crash, all communications were redirected to Twitter, Telegram, Snapchat and mobile providers such as T-Mobile, Verizon, and AT&T. Consequently, we saw outages and downtimes across an entire spectrum of communications and web services.

The underlying cause of the crash is still debated. Some are satisfied with simplistic tech-related explanations citing lousy configuration change practices. Yet, others are striving to understand the root cause thoroughly.

“The outage of WhatsApp, Instagram and Facebook (including Facebook Messenger and Facebook Workplace) highlights that global outages are one of the major downsides of a centralised system,” according to Matthew Hodgson, Co-founder and CEO of Element and Technical Co-founder of Matrix, quoted by the Daily Mail.

Furthermore, he explains, “decentralised systems are far more reliable. There’s no single point of failure, so they can withstand significant disruption and still keep people and businesses communicating.”

We’ve talked before about decentralisation and its role in breaking the cloud market monopoly, intensifying competition and benefiting consumers. So with the risk of repeating ourselves, we wonder how many significant disasters will it take until the message lands?

While we don’t claim we are the only choice, we are a viable alternative with our Cudo Compute ecosystem. Beyond this, we stand for decentralisation. To us, it is not a buzzword but a key tenet of everything we do.

It is the opposite of a single point of failure and putting all your eggs in one basket. It is how we can create an antifragile ecosystem that is robust to disorder. In conjunction with our blockchain network Cudos, it will provide developers and consumers with decentralised cloud computing resources. Ultimately, our network powered by our CUDOS token will facilitate a decentralised, sustainable, and connected world where we are not at the mercy of corporate Goliaths.

This is your opportunity to join us right now at the inception of this revolution, while the vast potential of our network is yet to be fully realised.

P.S. If you’ve already bought your CUDOS tokens, you can make the most of them by staking them on our platform and thus securing our network.

Learning Thought Piece Token
We use cookies on our website to give you the most relevant experience by remembering your preferences and repeat visits. By clicking “Accept All”, you consent to the use of ALL the cookies. However, you may visit "Cookie Settings" to provide a controlled consent.
Cookie SettingsAccept All
Manage consent

This website uses cookies to improve your experience while you navigate through the website. Out of these cookies, the cookies that are categorized as necessary are stored on your browser as they are essential for the working of basic functionalities of the website. We also use third-party cookies that help us analyze and understand how you use this website. These cookies will be stored in your browser only with your consent. You also have the option to opt-out of these cookies. But opting out of some of these cookies may have an effect on your browsing experience.
Necessary Always Enabled
Necessary cookies are absolutely essential for the website to function properly. This category only includes cookies that ensures basic functionalities and security features of the website. These cookies do not store any personal information.
Non-necessary
Any cookies that may not be particularly necessary for the website to function and is used specifically to collect user personal data via analytics, ads, other embedded contents are termed as non-necessary cookies. It is mandatory to procure user consent prior to running these cookies on your website.
SAVE & ACCEPT