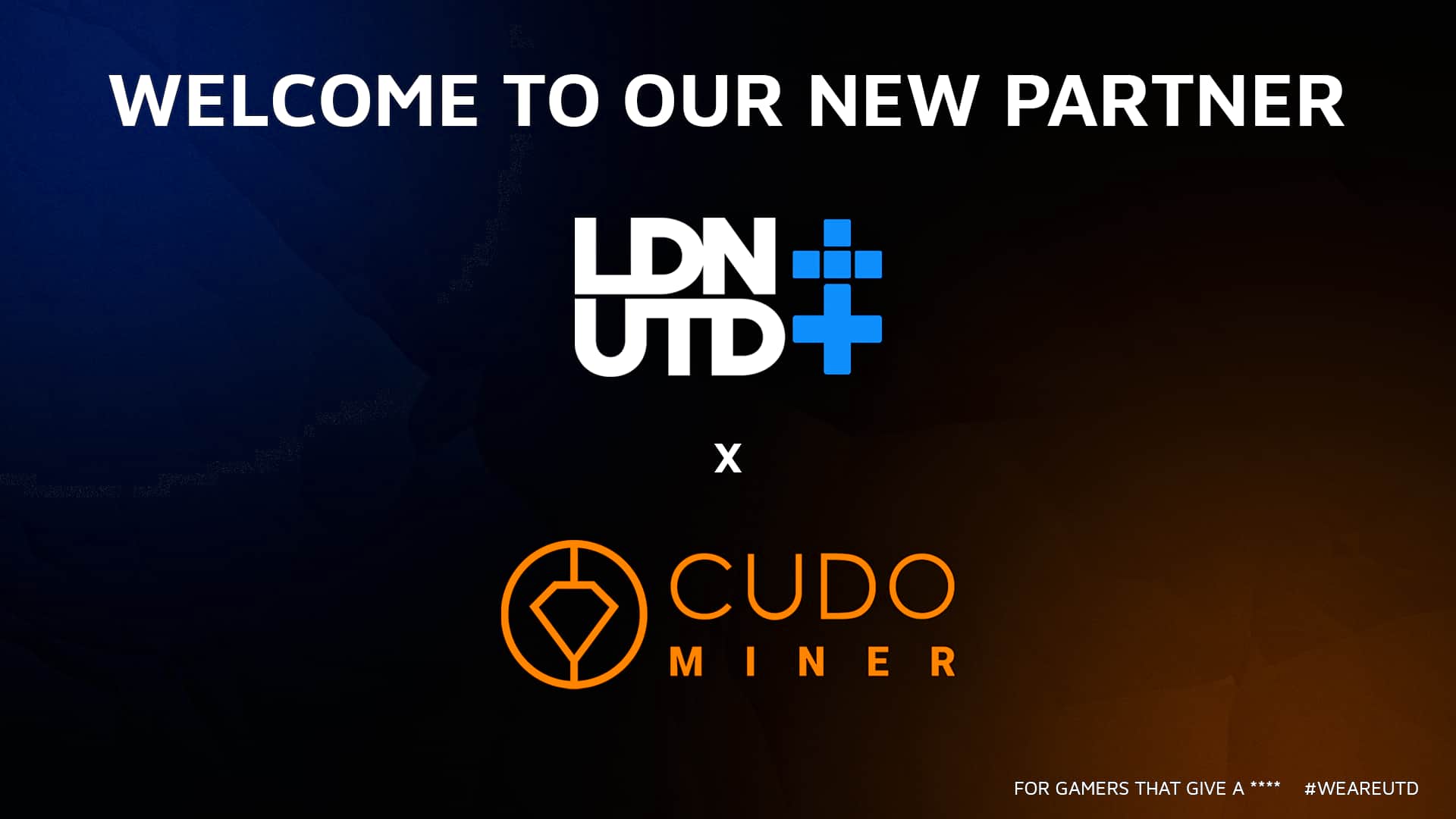 LDN UTD will broadcast “All Access Gaming” live on Twitch to showcase health and wellbeing in esports,  with top UK streamers and talent participating. The event will be hosted by Chelcee Grimes (@chelceegrimes 72,000 followers) and joined by creators including  ItsHaber (@itshaber 409,600 followers), Itani (@itani 960,000 followers), and pop star Connor Ball (@thevampscon 2,658,300 followers), alongside others to be announced in due course.

Top talent will go head to head in a Fifa22 challenge and compete to showcase who is the best. Interviews will occur throughout the event with the talent on the subject of their health and wellbeing journeys, and a panel discussion will conclude the event, allowing the audience at Samsung KX and the Twitch chat to ask top UK creators about their journeys. The event will be streamed live on Twitch, at twitch.tv/ldnutd.

“Bringing Cudos into the LDN UTD family, starting with All Access Gaming, is an endorsement for the approach we are taking as a tech led purpose driven esports org. The NFT campaign launch received a fantastic response and we look forward to building out our roadmap with the support of the Cudos infrastructure and team.” said Oliver Weingarten, Founder and CEO of LDN UTD. 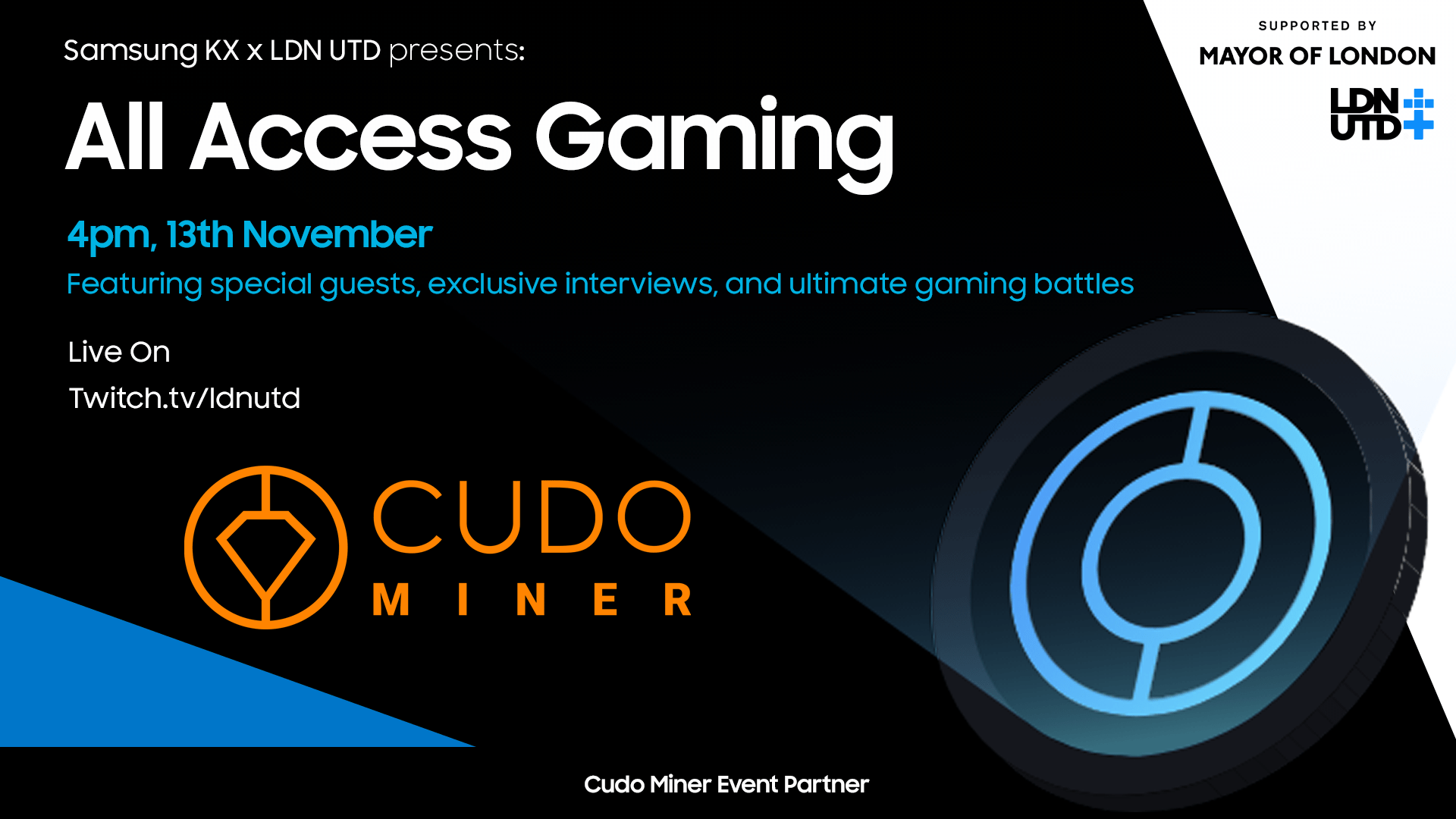 As part of the partnership, Cudos will collaborate with LDN UTD to conduct an exciting bundle giveaway for the Twitch viewers watching the event on the 13th of November. This will be a Cudo Bundle consisting of a £100 in gaming vouchers, a controller signed by pop star Connor Ball, and an Xbox gaming console.

Over $1 trillion is spent annually on IT hardware. Yet up to 50% of the time, this infrastructure is sat there either idle or turned off. Cudos allows its users to earn whilst renting this spare compute power through the Cudos Network. To read more about the Cudos ecosystem, our mission, and progress, then click here.

The team is joined by world-class advisors, including the Ex-President of Sony Playstation, Chris Deering and the Director of Blockchain at AMD, Jörg Roskowetz, with the same unified objective: to make better use of the world’s computing power.

The Cudos application allows users to monetise their spare compute power by upcycling it to better use with a mission to empower people and organisations to earn by contributing to the world’s computing and making it cheaper, more sustainable and more accessible.

Cudos is always keen to hear from distributed data centres and service providers, so get in touch if you are interested.

Additionally, if you want to make the most of your CUDOS tokens, you can stake them on Cudos’ platform, help secure the network, and earn rewards.

“Esports has exploded in growth globally over the past decade, and the team at LDN UTD are at the forefront of merging the billions of global gamers with the hyper scaling NFT market. The combination of gamification and blockchain play2earn will create new communities of web3 adoption. Furthermore, they share a similar ethos of using tech for good, with a portion of their platform revenues going to the Rio Ferdinand Foundation to support youth and community development in the heart of the UK’s most disadvantaged communities” commented Pete Hill, our Vice President of Sales.