A new walled garden: Big Tech centralisation and the threat of monopolies in the metaverse – part 2 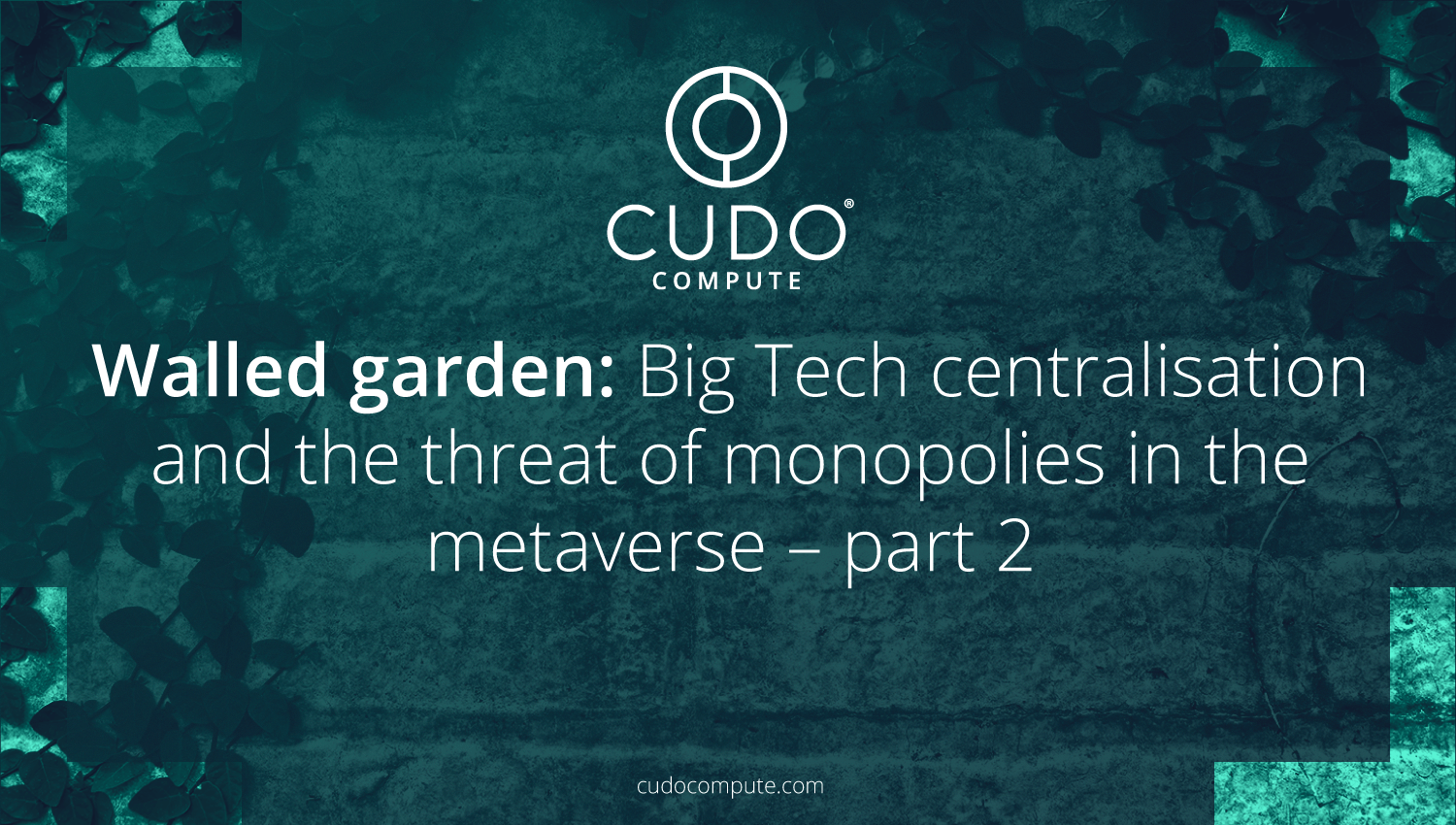 For most people, it is barely worth noticing that logging into most websites today involves either mandatory or voluntary authentication via Facebook or Google. Over time, a habit of monopoly has established big-tech companies as gatekeepers of private data. The lack of general concern regarding centralised access points (or single sign-on options) stems from the fact that these are tech behemoths with near-infinite resources at their disposal to develop the most robust security mechanisms and prevent the exploitation of users’ data by themselves and third parties. However, as the evidence suggests, if your entire business model is reducible to “spying as a service,” securing customer data from economic and political misuse becomes a ridiculous idea.

One proposed solution to limiting big-tech control over access to the internet and, in the future, the metaverse is a more extensive open-source software application. Tim Berners-Lee, the inventor of the World Wide Web, has recently mentioned the need for an open-source web that gives users the ability to be themselves on the web. Further, he admits, “the web has evolved into an engine of inequity and division; swayed by powerful forces who use it for their own agendas”

What is open-source software (OSS)?

These are software distributed under a license that allows users to study, modify, use and distribute the software and its source code to anyone and for any purpose without restrictions. Applying OSS allows for exceptional collaborative work by eliminating improvements and contribution barriers.

Facebook’s monopolistic character has created a challenge for advocates of an open-source web/metaverse. Of concern here are the various dangers of a society getting utterly reliant on a single group’s proprietary platform for nearly everything. What occurs when that group’s platform becomes the operating system for every community in which it is already virtually omnipresent?

Potential benefits of an open-source metaverse

Last week, we highlighted why big-tech companies are likely to erect walled gardens in the metaverse, posing interoperability problems for holders and creators of NFTs and limiting the extent to which creators and developers within ecosystems can shape and define the features of the space. Building the underlying ecosystems that will power the metaverse under open-source licenses is imperative for avoiding the pitfalls of today’s hyper centralised web. One example is our Cudos network, which adds GPL 3.0 open-source licences to the public codebase.

In doing so, we solve two critical problems. First, ensuring residents of the metaverse are guaranteed the liberty to build and monetise content without an overarching monopoly to exercise control. Second, eliminating avenues for a data breach, exploitation, and misuse. As Tim Berners-Lee ruefully concedes in his post, “users have handed over personal data to digital giants for perceived value”. In a metaverse that will undoubtedly incorporate institutional data concerning work, health, finance, and more, the threat of a big-tech monopoly is more consequential than ever.

You can join us

Our quest is both crucial for the future of the metaverse and rewarding. You can join us in whichever capacity you choose as there is a great deal of opportunity. Our network needs data centres, and here are our most recent partnerships that strengthen our vital position in the race to the metaverse.

Finally, if you are a CUDOS token holder, consider staking on our platform to enhance our network and earn rewards simultaneously.